One of the biggest problems we face as wildlife rehabilitators is answering the phone. There’s nothing worse than being in the middle of feeding a baby animal or being down on your knees, scrubbing a cage, and the phone rings. We worry that it’s an animal emergency, so we rush to pick up the phone. Then we discover it’s Mary calling for the fifth time this week to see how her baby bunnies are doing, or a man wanting you to identify this bird he half saw in his yard for ten seconds.

Landlines can screen calls with an answering machine, but cell phones don’t allow that. With cell phones, you are either picking up on unknown calls or continuously checking your voicemail.

This year with covid, we took in twice our usual numbers of animals, with one-third of the staff to care for them. People were off work, kids were home from school, and they were finding more animals. We temporarily lost a lot of volunteers and completely lost our summer intern program. We didn’t have any time for unnecessary phone calls.

This year I made the best investment I ever made: a virtual phone system with a menu. The caller hears, “PRESS ONE if you have an emergency. PRESS TWO for non-emergency calls such as scheduling a program, PRESS THREE for hours, directions, and drop off instructions. “

Option 1 is immediately directed to my cell phone. When my phone rings, I know someone pressed one.
Option 2 allows the caller to leave a message. I can call them back when I have a bit of time.
Option 3 is an announcement only and gives them various information.

The company is called SEGWAY, and the system only costs $30.00 a month, and a year is only about $300.00. The price was well worth our sanity. I was so impressed by how it helped us with time spent on the phone that I called the company and asked if I can promote the service to other wildlife rehabilitators.

Our promotional page is HERE

Dedicated Phone Number
SEGWAY will give you a new local number, or you can port your own. If you are a new rehabber using your private number for calls, having a unique dedicated number will help you set limits with your time and keep personal calls separate.

On the other hand, Red Creek has had the same phone number for thirty years, and we didn’t want to port our number. How we solved this problem was we now forward all of our calls to the new Segway number. This way, people still call our known number, but the calls go into the automated system.

Checking Messages
One really awesome feature is, you can listen to your messages on the phone or online. Online recordings can be paused and reversed to any point. Now I don’t have to listen to a long message several times to hear the caller’s phone number that was rapidly stated.

Varying Messages
Another cool feature is you can upload various messages that will play at different times, like a special message when you are away or after-hours.

Check it out HERE

Get FULL-ACCESS to ALL of our Courses
HALF-PRICE 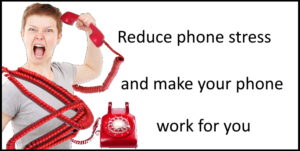 I have been a licensed wildlife rehabilitator for 20 years. I find the courses offered by Wildlife EDU to be extremely informative for rehabilitators with any level of experience. Peggy has an incredible talent for teaching, and the training is enjoyable and easy to understand. Whether you want to become a wildlife rehabilitator or are interested in expanding your current knowledge in the field, I highly recommend these courses. 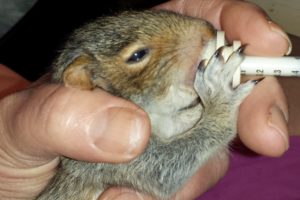 Currently included in the Full-Access Training

Medical Math for the Wildlife Rehabilitator

Helping Those Who Help Wildlife

What People Are Saying ABout Our Math Course:

"Great course, very informative, excellent resource material and presented with a healthy dose of humor. Nicely priced as well. Thank you, I have recommended this course to my fellow local rehabbers"

"This course was well worth the money. I feel so much more confident in my ability to calculate drug dosages and fluid therapy. I think that I will use the downloaded material over and over again until it becomes second nature to me. I have already recommended it to everyone in my rehab group. Thank you so much for providing this course. I will be looking forward to more like it."

"As difficult a time I have with math, I completed it with your help and instruction. Your program is very helpful and user friendly."

" you all offer great courses and the price is very reasonable . I hope to see more"